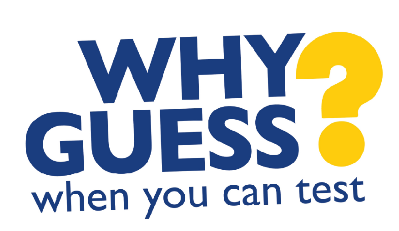 Ask your midwife to be tested for GBS around 35 - 37 weeks using the ECM test.

With an infection as serious as GBS, prevention is much better than treatment. The best preventative treatment (or prophylactic treatment) for GBS developing in newborn babies is giving intravenous antibiotics (to the mother) during labour. When given from the start of labour or waters breaking (and ideally 4 hours before delivery), this has proven to be very effective at preventing GBS infection in the baby. Sadly, waiting to give antibiotics to the baby after delivery will sometimes be too late. 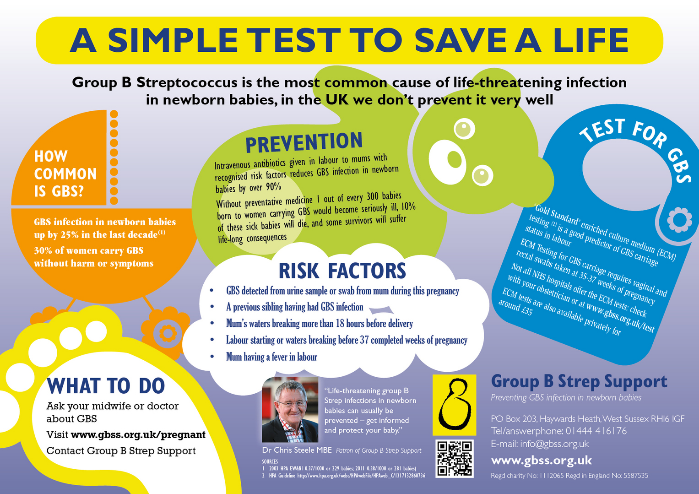 Testing is presently the only way to identify whether a woman is carrying GBS. If GBS is found during the current pregnancy, then steps can be taken to minimise the risk of your newborn baby developing GBS infection.

The current test the NHS offers (which you are only normally given if you have an infection or vaginitis symptoms) is not specifically designed to detect group B Strep and is not a sensitive test for this purpose.

A negative result using this method is not very reliable – it gives a high proportion of falsely negative results.  GBS will be isolated in only around 50% of cases where the Mum is carrying GBS as the swab was taken. This test is unselective – other bacteria present on the swab may outgrow and ‘swamp’ the GBS sample.

Many health professionals and most pregnant women are unaware of just how high the false-negative rate is for these tests.

This is designed specifically to detect group B Strep carriage, this test is available from an increasing number of NHS trusts and privately.  It may cost you £35 to get tested privately, worth every penny to protect your baby!  Click here to find out where you can get tested

The ECM test, recognised as the ‘gold standard’ for detecting GBS, is highly sensitive. Research has shown that, when the ECM test is properly performed within 5 weeks of delivery, a negative result was 96% predictive of not carrying GBS at delivery (4% of women acquired carriage between the test and giving birth) and a positive result was 87% predictive of carrying GBS at delivery (13% of women lost carriage between performing the test and giving birth).

The test can be done earlier, but then isn’t as reliable at predicting colonisation status at delivery. It can be done later, but the chance of the baby arriving before the result increases.

ECM tests have been used for many in other countries and have been validated during more than a decade of use. 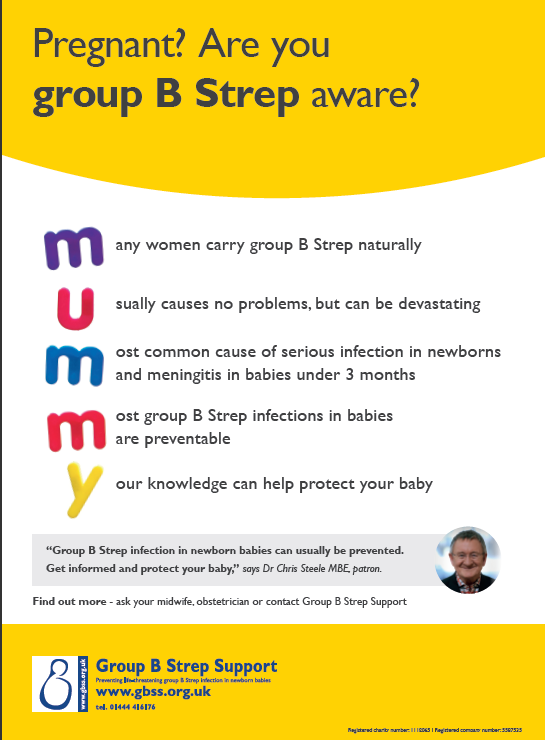 Print | Sitemap
The Faith Cause is not able to offer advice, only provide information. If you need medical advice, please seek this from your health care providers. However, we hope the information provided on this website is useful to you. © Kim Poulton
Login