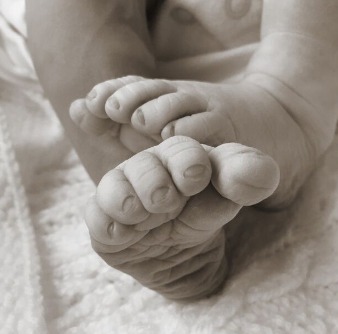 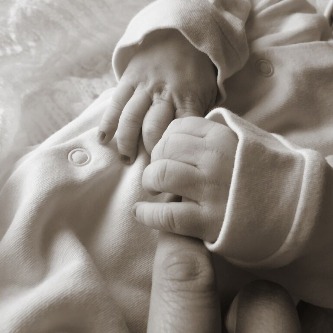 It breaks my heart to splatter the few memories we have of Faith all over the Internet, something so sensitive should not have to be broadcast in such an impersonal way. I do not wish to share my photos of Faith or emotions of this horror, however, I will shout from the rooftops about the possible risks of group B Strep, becuase we don't want our loss to become another's.

My precious daughter, Faith, was stillborn on 23rd October 2015, nine days after her due date.  She was my 4th and last child to complete our beautiful family.

I had a normal healthy pregnancy, with growth scans throughout due to my second baby born in 2010 being a small baby for me (weighing 6lb 120z). I had my last scan just 3 weeks before my baby was born and she was growing well and everything was perfect. She was very active throughout the pregnancy and I had no cause for concern. My due date of 14th October 2015 came and went, not surprisingly as I have been induced with all of my babies!  So on the 21st October I had a routine 41 week sweep, common practice here in the UK to help labour progress naturally. My midwife explained before the exam that hopefully this would get things moving, which I didn’t hold out much hope for as they have never worked for me in the past.

On the evening of 22nd October around 8pm I started having a few pains and became excited that I would labour naturally. I was having minor pains and decided by 11pm to get some sleep ready for the main event.  After a rough nights sleep, on the morning of 23rd October when I arose at 5am I was having regular contractions. By 8am I rang the hospital as the contractions were 3 minutes apart and lasting around 20-30 seconds. I was informed by the hospital to stay at home until they were lasting around 40 seconds. I waited until 10:30am and then went to the hospital.  When I arrived they asked me if my movements were good, to which I replied something like,”actually I can’t recall feeling any movements this morning but I felt her a few hours ago in the night and she was active yesterday and to be honest I’ve been in agony all morning working through my contractions, I haven’t been aware. They listened in and to my horror there was no heartbeat. This was confirmed by ultrasound and minutes later I was ready to push. Within one hour of arriving at the hospital super excited to have our 4th and last child, completing our family, I had my dead baby in my arms.

It is too difficult to put into words, and I cannot even begin to describe the feelings and emotions of the horrors of that day. We arrived at the hospital full of hopes and dreams, our world was quickly turned upside down when we heard the words no mother wants to hear "there is no heartbeat." Her death was a shock and completely unexpected and we left the hospital full of unanswered questions, how? why? when?

This was a massive shock and I could not understand how this could be so, when I had a normal healthy pregnancy, and my baby had developed and grown perfectly. She weighed 7lb 14oz and looked just like her older sister, beautiful and perfect.

In our state of shock we decided not to have an autopsy but have the placenta and cord sent for testing. We spoke to midwives and a consultant about an autopsy and while they told us the decision was ours, they advised us that having an autopsy would most likely not determine the cause of Faiths death and may give us no answers, the common theory was “that these things just happen” and in most cases an answer is never found. We therefore decided to only have the placenta and cord sent off for testing. It was not explained to us amidst our grief, heartbreak and shock why an autopsy are so important in understanding why a baby has died. Now that I have the ability to think clearly, it is obvious to me how important an anutopsy is. Of course we should have had an autopsy, if any of our other healthy children died with no explanation, we would have had an autopsy and never accept the answer that these things just happen! Death does not just happen, even in an unborn baby, there is always a reason, especially when it has developed and grown healthy for 9 months. While some health care professionals say that these "things just happen" and autopsys are not encouraged it will never lead to reducing the number of stillbirths.

Upon receipt of all my results on 31st December the results showed that I was heavily colonized with group B Strep, as was my urine, placenta and Faiths swabs.  In conclusion we were told that it was an unexplained stillbirth.

That day (31st December 2015) was the first time I became aware I had group B Strep (GBS), I have never been tested for it in pregnancy or even been told about it.

While I accept I will never know if GBS was indeed the cause of Faiths death, as we did not have an autopsy which may have confirmed this, I do not accept that I have had to wait for my baby to die to find out I even have GBS!

I do not accept that women are not routinely screened for GBS at 37 weeks, even if the NHS will not pay for it - we should be offered it privately. I appreciate that the NHS follow the guidelines provided and at present it is believed that cost of screening outweighs the number of babies infected, however GBS is the biggest infection in newborn babies and around one in 10 stillbirths are caused by an infection.  Group B Strep (GBS) is the UK's most common cause of life-threatening infection in newborn babies – causing sepsis, meningitis and pneumonia. On average in the UK, one newborn baby a day develops GBS, one baby a week dies from GBS and one baby a fortnight who survives the infection is left with life-long disabilities. Better guidelines are needed, not better adherence to a failed prevention strategy.  Testing is the only way to detect group B Strep carriage, which is not routinely offered in the UK.

These are the guidelines our NHS follow regarding awareness and prevention of GBS.

However, these are very useful links in the awareness and prevention of GBS:-

I hope that in the midst of this heartbreak I can do some good, that I can somehow increase awareness and help bring about changes for the future.

I will forever miss my beautiful perfect daughter and I will think of her every day.  She will always be part of our special family and will be made alive every day through our conversations and few memories we have of her.  I am grateful to have the knowledge as a member of The Church of Jesus Christ of Latter-Day Saints that although I miss her deeply every day, our parting is brief and one day I will receive her back in my arms and be able to be her mother forever, until then she is safe in the arms of my Heavenly Father.

Read stories of other babies affected by GBS taken from www.groubstrepinternational.com.

See the book of experiences taken from gbss.org.uk

Print | Sitemap
The Faith Cause is not able to offer advice, only provide information. If you need medical advice, please seek this from your health care providers. However, we hope the information provided on this website is useful to you. © Kim Poulton
Login